Silence of the Soul

Christmas Island is a small Australian island in the Indian Ocean, 2,600 kilometers northwest of the city of Perth, that is home to many species of animal and plant.

The island is particularly noted for its prodigious populations of Christmas Island red crabs, a species of land crab that is endemic to the island,

and their spectacular migration from the forest to the coast each year during the breeding season. 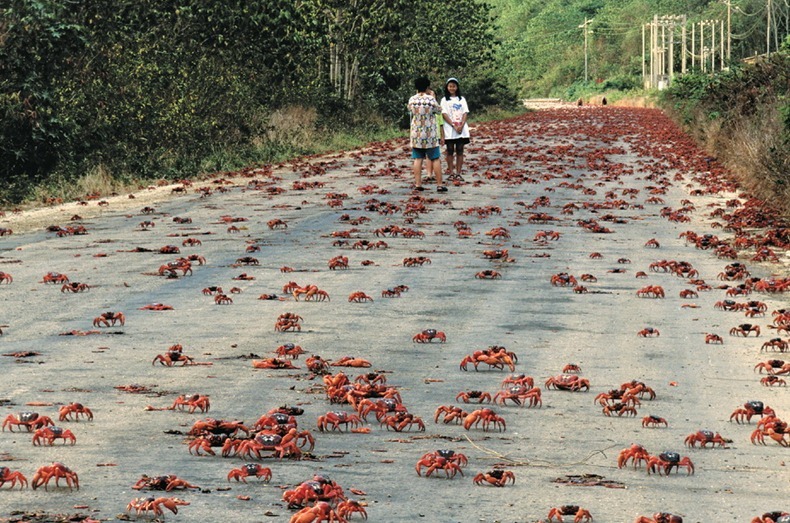 At the beginning of the wet season (which is usually October / November), over 50 million adult red crabs suddenly start migrating from the forest to the coast to breed. The migration is usually synchronized all over the island. The males lead the first wave of the migration and are joined by females as they progress. The crabs take about five to seven days to reach the sea. The rains and moist overcast conditions make their journey to the sea long and difficult.

During peak migration times, sections of roads where crabs cross in high numbers are closed to vehicles for short periods of time. The bright red carapaces and sheer density of crabs make their routes to the sea observable from the air.

After mating the females release their eggs into small burrows on the sea where the hatch, and the young larvae develop into tiny small crabs. After remaining about a month in the ocean, the young crabs, only five millimeters across, accompanied by the adults make their long trek back home. Upon reaching the inland, the crabs disappear into rocky outcrops, fallen tree branches and debris on the forest floor for the next three years.

Human activities have led to increased numbers of red crabs being killed during their annual migration. The crabs risk dehydration when they are forced to cross areas cleared of forest cover and many thousands of adults and young are crushed by vehicles as they cross the roads. To protect the crabs from being crushed by vehicles, staff of Christmas Island National Park some roads are also temporarily closed off and crab crossing signs erected at places. Walls and plastic fencing along the roads are also built to funnel the crabs to the 'crab crossings' and 'crab bridges' where they may safely cross.

The crab migration and the crab bridges have become a great tourist attraction. 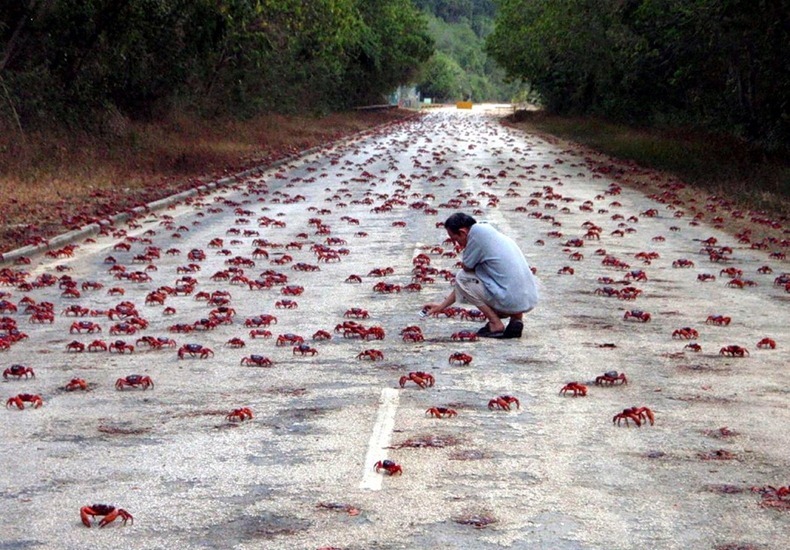 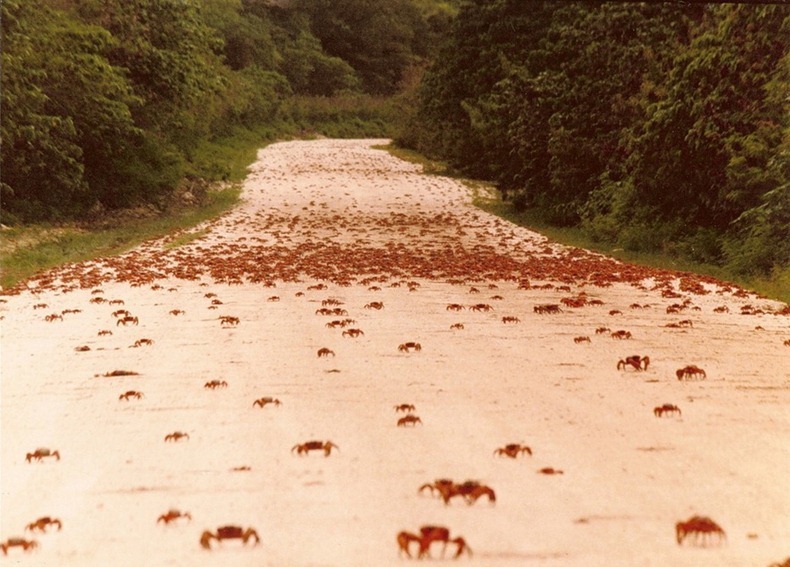 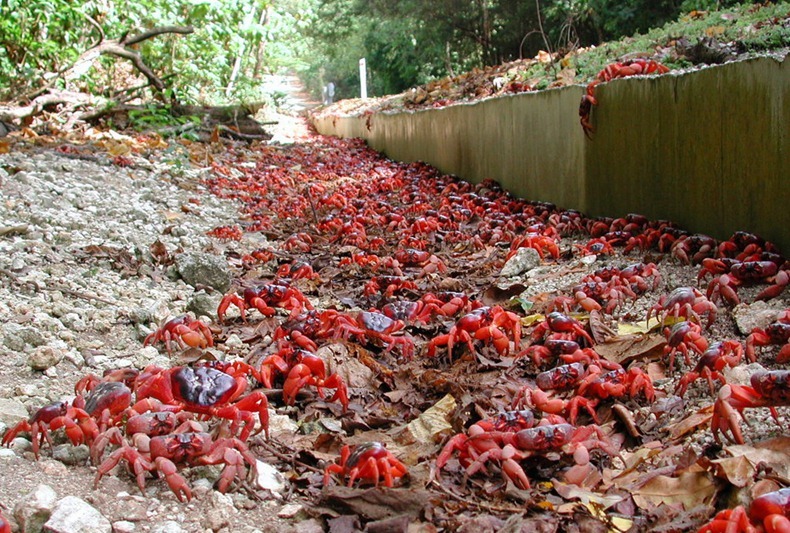 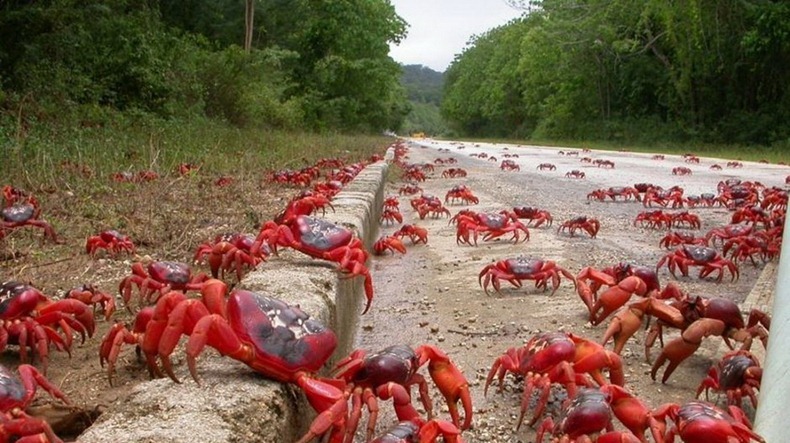 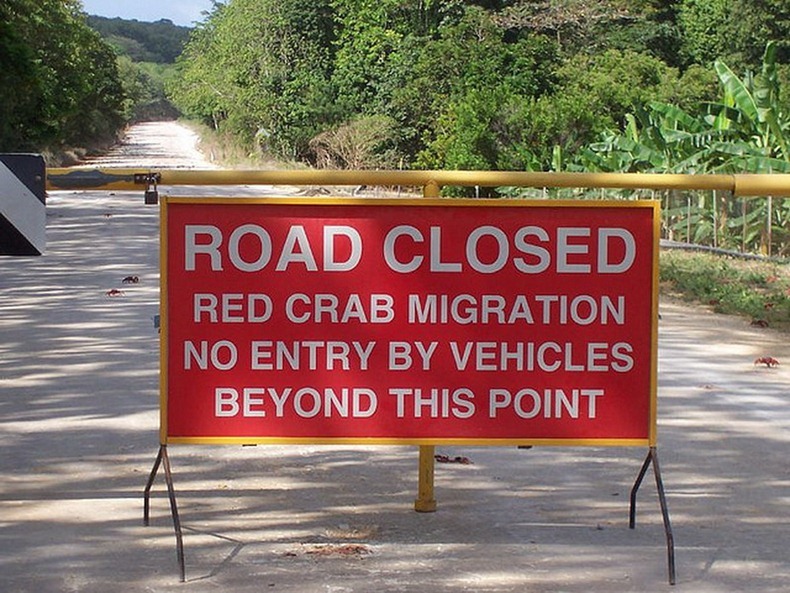 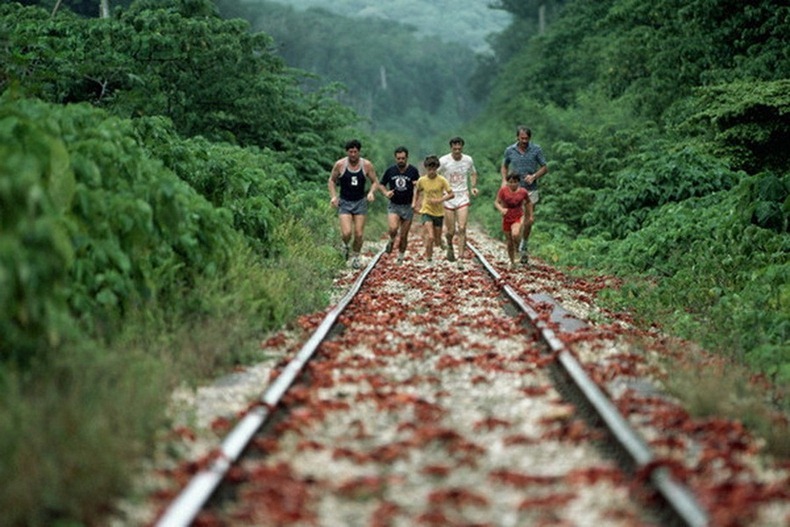 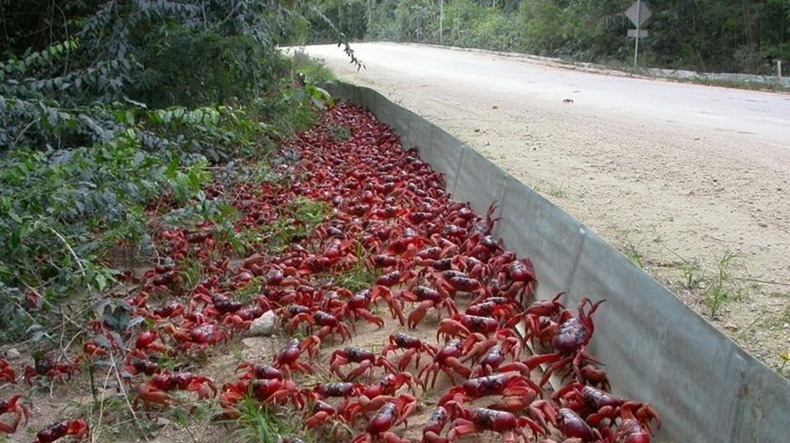 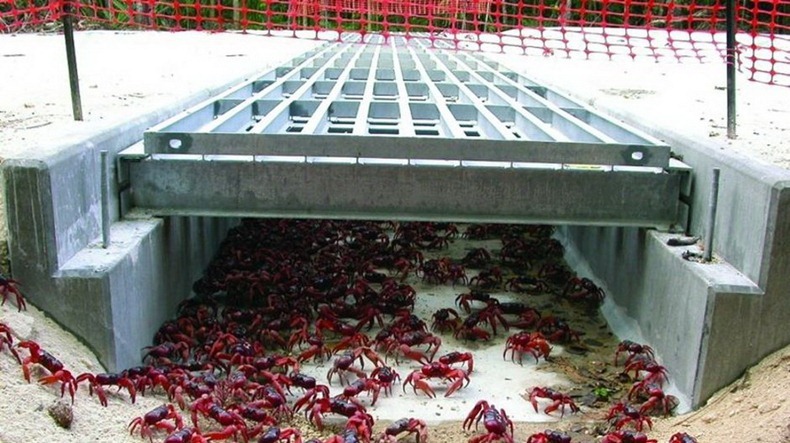 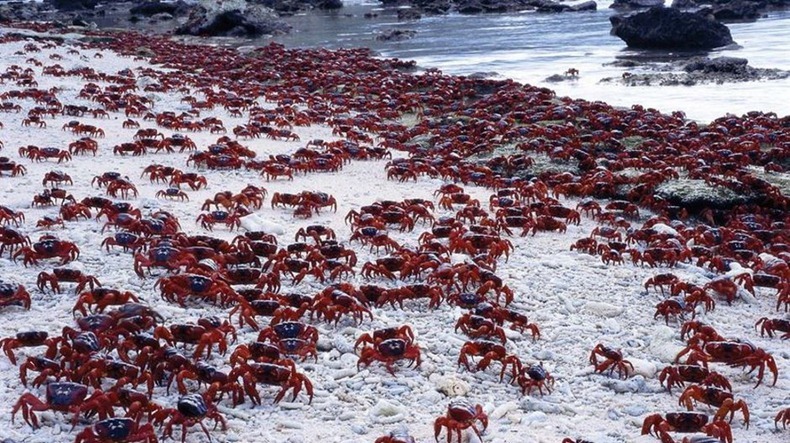 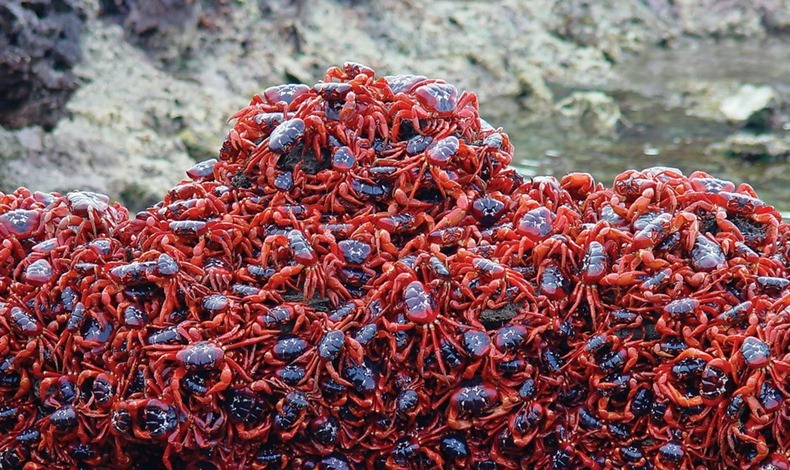 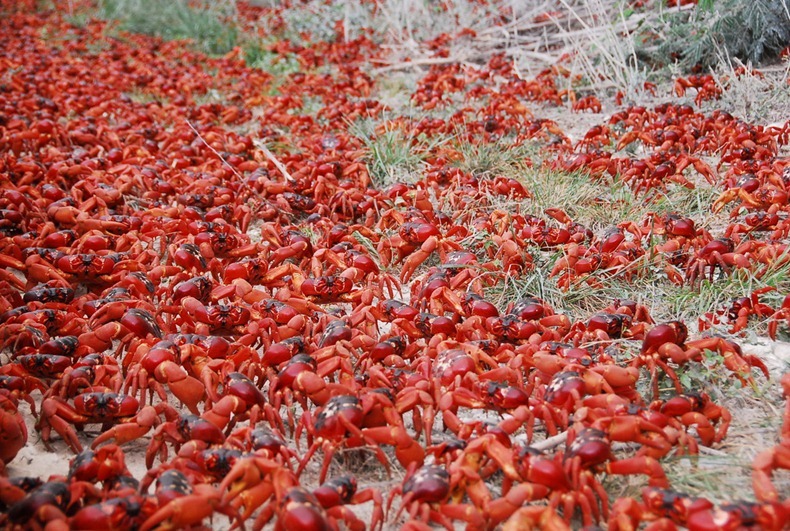